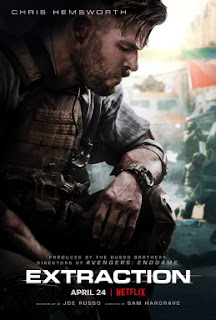 Hitz international is pleased to congratulate Steve Davis for his recent work on the Netflix film:  Extraction 2.

Netflix released Extraction on April 24, 2020. The film received many reviews from critics, who praised the performances, cinematography, and action sequences. It became the most watched original film in Netflix's history with a reported 99 million households in its first four weeks. A sequel is in development.