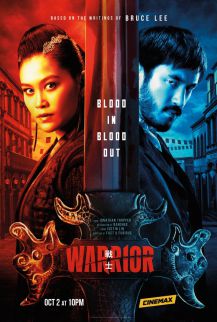 Warrior season1 and 2 see Brett Chan leading the charge as 2nd Unit Director/Stunt Coordinator and Fight Coordinator. Also, we find Johnny Yang, Richard Bradshaw as Stunt Coodinators and Roman Jancovick as Assistant Stunt Coordinator. Hits Rounds things out with Jason Day as a Stunt Actor. Warrior is an American action-drama television series that premiered on April 5, 2019, on Cinemax. It is based on an original concept and treatment by Bruce Lee, and is executive-produced by his daughter, Shannon Lee, and Justin Lin. In April 2019, Cinemax renewed the series for a second season which premiered on October 2, 2020.
Tweet
« Prev Post Next Post » Home