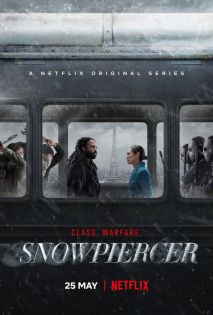 Just a quick note to let you know that Brett Chan is back to work on Snow Piercer Season Two as Stunt Coordinator. Brett had worked on Season one – see previous article. Set seven years after the world has become a frozen wasteland, the remnants of humanity inhabit a perpetually-moving train that circles the globe, where class warfare, social injustice and the politics of survival play out.
Tweet
« Prev Post Next Post » Home