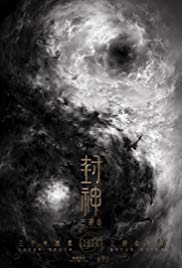 FengShen Trilogy also known as The Investiture of the Gods, or by its Chinese names Fengshen Yanyi and Fengshen Bang, is a 16th-century Chinese novel and one of the major vernacular Chinese works in the gods-and-demons (shenmo) genre written during the Ming dynasty (1368–1644). The novel is a romanticised retelling of the overthrow of King Zhòu, the last ruler of the Shang dynasty, by Ji Fa, who would establish the Zhōu dynasty in its place. Directed by Wu Er Shan (Painted Skin II, The Ghouls, Mojin: The Lost Legend), the 3 Billion Yuan film will be the most expensive Chinese film project in history.

The film will have an international cast and crew, including "The Lord of the Rings" and "The Matrix" producer Barrie M. Osborne, who will serve as the production advisor for "Fengshen." Chinese heayweight producers Bill Kong (named by Wall Street Journal as the most successful producer in Asia) and Mrs. Du Yang (Vice President of Beijing Culture, President of Skywheel Entertainment) will produce the film. Hitz International members Tim Wong will lead the charge as Stunt Coordinator, Johnny Yang will serve as Assistant Stunt Coordinator, and Steve Davis will take on the role of Fight Coordinator and other members include Augie Davis.